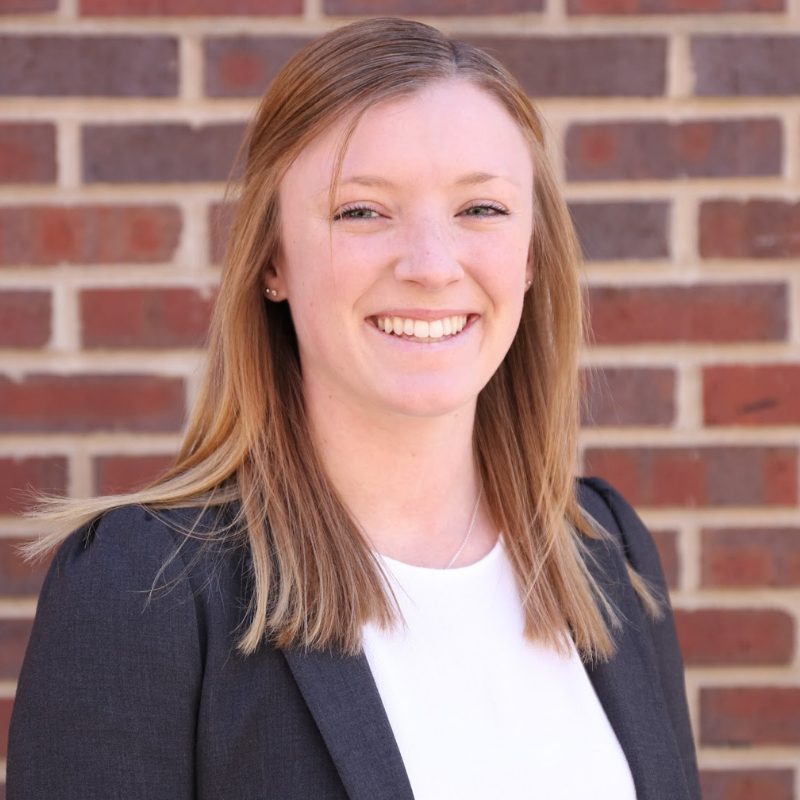 If we, as researchers, are able to identify disparities on a cellular level, then we may be able to design more equitable and effective treatments.

Now, she dedicates herself to Alzheimer’s disease research, particularly differences in vasculature between men and women, and how these differences may contribute to the disease.

Callie began her Alzheimer’s research during her undergraduate years in Dr. Leon Bellan’s Lab at Vanderbilt. There, Callie worked to fabricate capillary channels in hydrogel structures, with the end goal of lining the channels with cells from Alzheimer’s patients to study cell-cell interactions in a physiologically relevant disease model.

After conducting research with endothelial cells as an undergraduate, Callie was eager to continue studying vasculature as a Ph.D. student. She joined the Clyne Lab just a few months after its inception. “As one of the first Ph.D. students to join Dr. Clyne’s lab here at UMD, I was given quite a bit of freedom in choosing what direction I wanted my research to go, which was a really exciting opportunity,” explains Callie. “Even though I was very interested in Dr. Clyne's research, I was even more excited for the opportunity to work with Dr. Clyne herself. I had never had a female advisor before, and I was really looking forward to that opportunity. I have had incredibly positive experiences working with Dr. Clyne and our growing lab over the past couple of years.”

Clyne’s lab uses engineering methods to understand how integrated biochemical and biomechanical factors contribute to cardiovascular disease. The group is committed to diversity, equity, and inclusion in its human health research.

“It is extremely important to understand, acknowledge, and challenge biases in both social and research settings,” says Callie. “Our lab is working to promote diversity and inclusion not only in the lab group, but also in our research itself. My research, for example, is focused on sex differences in endothelial cells, and how they may contribute to disparities in Alzheimer’s disease. Many researchers do not acknowledge the sex of their cells or discuss how this may impact animal studies and human clinical trials down the line. Some therapeutic treatments are not as effective in people of differing sex, but these disparities aren’t usually acknowledged until you reach human clinical trials, if at all. This is because too few researchers separate their data by sex. If we, as researchers, are able to identify disparities on a cellular level, then we may be able to design more equitable and effective treatments.”

Callie's favorite part of her Ph.D. experience thus far has been the opportunity to learn from the lab’s four postdoctoral researchers, who come from very different backgrounds. “It has been really exciting learning about all of their previous and current research interests, and finding skills that I can learn from them to incorporate into my own thesis,” says Callie, who also mentors undergraduates in the lab. “I work closely with a junior undergraduate on my project, and I have had a lot of fun teaching her all about cell culture,” she says. “It is really rewarding watching her learn new techniques run successful experiments.”

Callie plans to spend the next few years continuing to shed light on sex differences at a cellular level – and how these differences could be impacting drug development and clinical outcomes. “After my Ph.D., I hope to someday run a lab myself to continue challenging biases both in my research, and in the academic community,” she says.