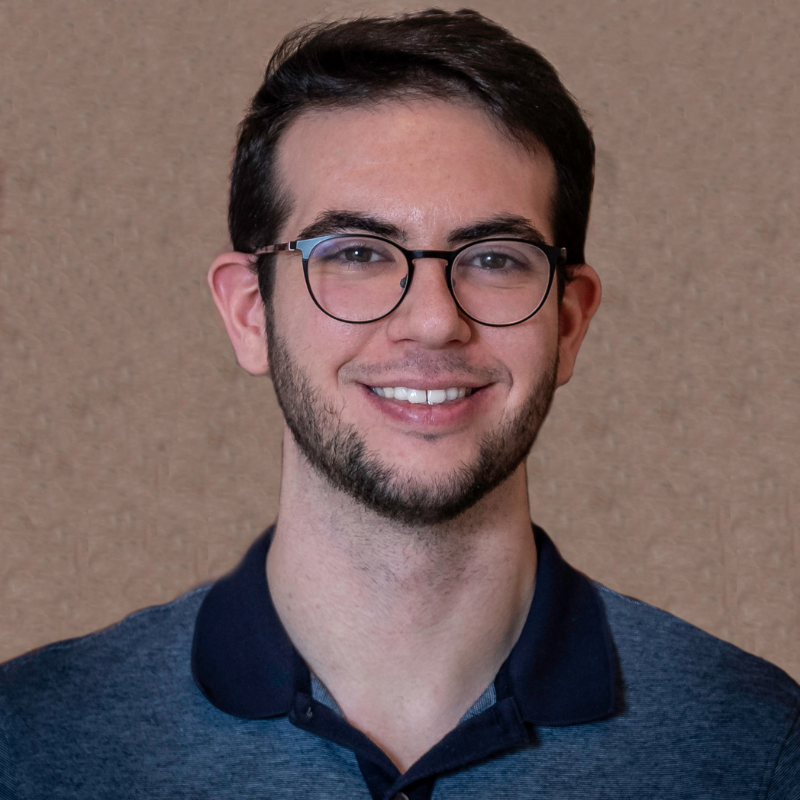 You can create any career path you want for yourself.

Nick Giroux earned his B.S. in Bioengineering in 2018, and is now amidst his third year as a Ph.D. candidate in Biomedical Engineering at Duke University.

He grew up in Ellicott City, MD, about a half hour drive from University of Maryland’s (UMD) campus.“ I had heard from teachers and neighbors the reputation of the Clark School - that its curriculum was rigorous,” explains Nick.  "After the first semester of biology classes, I really delved into biology and engineering. And I was really passionate about problem solving and applying that to health and disease. And now look at me, I'm getting a Ph.D. in biomedical engineering! I always thought that to be an engineer, to be a biologist, you're just answering a lot of questions. But I began to see that you actually get to ask a lot of questions and be creative. It’s so exciting.”

While at UMD, Nick focused his studies on the Biotechnology & Therapeutics Engineering track. He served as the Vice President for Academic Affairs of Alpha Eta Mu Beta (Bioengineering Honor Society), a volunteer coordinator for the Maryland Science Olympiad Regional tournament on campus, and a Student IRTA at the National Institute on Aging.

Nick is most proud of his team’s research for their Senior Capstone project - “Incentive Spirometry for Sickle Cell Patients.” The team spent a year researching and implementing a new medium for children with sickle cell anemia to breathe. The spirometer mechanism consists of a turbine in tandem with an infrared LED to measure air flow and calculate peak expiratory flow, forced expiratory volume in one second, and forced vital capacity. It connects to a computer via a USB cable and works with an interactive game that adolescent patients will play while completing their lung exercises.

“It’s supposed to be a therapeutic way to breathe, to improve these patients’ respiratory endurance as it can become painful to take deep breaths,” explains Nick. “Children often have low compliance with these kinds of devices - it can be painful, and they just don’t want to do it. That’s why we developed a game to go along with the spirometer. The spirometer connects to a computer,and you play a game where you try to throw darts to pop balloons. When you exhale, you shoot a dart and pop a balloon. So it’s supposed to encourage you to keep playing the game.” The team was honored with the Advisory Board Award for Translational Design at the 2018 Senior Capstone Awards.

Nick noted that working with his Capstone teammates and advisors - Dr. Kevin Cleary (Children’s National Medical Center), Tyler Salvador (Children’s National Medical Center), Dr. Gregory Payne (BIOE Professor) - greatly prepared him for collaboration in his Ph.D. research. “My Capstone project allowed me my first opportunity to work with a M.D. At Duke, I rely hugely on clinicians for my own Ph.D. research,” Nick explains. “The research is incredibly fast-paced. You’re constantly churning out new research, new data, and getting new grants to move forward. I rely on like a huge team of people - clinicians who are right across the street at the university hospital, data scientists, molecular biologists, and other engineers. It’s a really valuable training experience to see how all of the pieces fit together.” Nick also cites his undergraduate coursework with the programming language MATLAB as his gateway to research.

His current research focuses on the bioinformatic analysis of infectious disease. “Pre-COVID, we spent a lot of time studying HIV and disease progression in high risk subjects, but we sort of pivoted this past year,” explains Nick. “A lot of my work now has been informed by coronavirus.”

One of the most pressing questions facing scientists and clinicians today concerns how long previously infected or vaccinated persons can expect full or partial immunity to the disease.

When people become infected with a virus like SARS-CoV-2, the immune cells carried by the blood are activated to produce a pathogen-specific profile, often referred to as the "host response." “We study that host response and try to exploit it to learn more about the particular molecular mechanisms of infection,” says Nick. “That will help us learn how to treat people better, and diagnose people faster. I study the epigenome, which is basically the regulation in a cell that controls how the DNA is read and expressed. And, it has a lot of insight to offer about how people fight off disease and it's actually predictive of their future trajectories. So, we sort of leverage all of that to learn something about, for example, for COVID subjects -  how they fight off a more mild form of the disease or a more severe form of the disease, and how that immune response changes over time.

“What we're moving towards in the future is actually trying to predict prognosis,” Nick continues. “So will these patients get better or worse? Do they need a particular type of treatment? Are they at risk for death or hospitalization or something like that?”

Nick’s advice for BIOE undergrads: forge your own path. “BIOE gives you experience in so many different areas, and the ability to work alongside so many different types of researchers and medical professionals. These skills you’re developing are very marketable to employers. Be self-motivated, go out on your own and keep learning new skills, and you can create any career path you want for yourself.”