The Fischell Department of Bioengineering (BIOE) congratulates the recipients of the 2018 departmental awards and honors. This year's awardees were recognized at a spring 2018 ceremony featuring faculty and peers from across the Clark School. 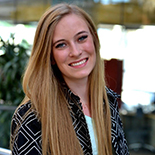 Jessica Baer was awarded the 2018 BIOE Outstanding Senior Award, which recognizes a senior on the basis of academic achievement and contributions to the profession and the department. Baer graduated in May, completing her degree in bioengineering in three years with an expected 4.0 GPA. She has been involved in the University Honors program and served as an undergraduate teaching fellow for BIOE 457 Biomedical Electronics and Instrumentation. Baer was also an undergraduate research assistant in the field of bioinformatics with BIOE Professor Keith Herold. 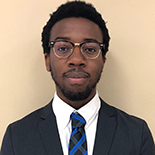 Tolulope Awosika was awarded the 2018 BIOE Outstanding Junior Award, which recognizes a junior on the basis of academic achievement and contributions to the profession and the department. After spending two summers at the National Institutes of Health (NIH), Awosika began working in BIOE Professor and Chair John Fisher's Tissue Engineering and Biomaterials Lab as a student in the Bioengineering Honors program. He has made the Dean’s List every semester of his enrollment at the University and he has served as a CHEM135 GSS Leader and Alpha Eta Mu Beta Honor Society tutor. Awosika is a resident assistant in the residence halls and is a member of the Student Honor Council. 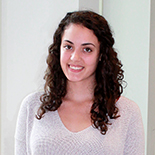 Natalie Livingston was awarded the 2018 BIOE Outstanding Research Award, which recognizes significant contributions to research, the department, and the field of bioengineering. Natalie Livingston graduated in May and was a member of the University and Bioengineering Honors programs. She served on the board of Alpha Eta Mu Beta Honor Society, working to help provide academic development services to other students. She is a part of BIOE Assistant Professor Steven Jay's Biotherapeutic Development and Delivery Laboratory and worked under the UMD HHMI Fellowship to complete her undergraduate thesis. In 2017, she was nominated for the Goldwater Scholarship, receiving an Honorable Mention, and she has been accepted to several doctoral degree programs.

Shannon Larson and Sonya Williams were awarded the 2018 BIOE Outstanding Citizen Award, which recognizes significant contributions to the community, department, university, and profession. 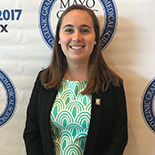 Shannon Larson graduated in May and was a University Honors and QUEST Honors program member. She served as president of the Biomedical Engineering Society and led the Bioengineering team to first place in the Clark School's 2017 Alumni Cup Competition. She was involved with Engineering Ambassadors, Alpha Omega Epsilon, Omicron Delta Kappa, club field hockey, and was a grader for BIOE121. Shannon is excited to begin work as an engineer at W. L. Gore & Associates’ Medical division in Phoenix, Ariz. after graduation. 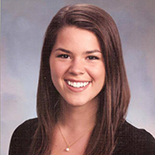 Sonya Williams graduated in May and was a graduate of the Integrated Life Science Honors program. She was a member of the Bioengineering Honors program and served as the president of Alpha Eta Mu Beta, the  bioengineering honors society. She conducted protein engineering research for her thesis in the Biotherapeutics Development and Delivery Laboratory under BIOE Assistant Professor Steven Jay, working on the creation of novel protein configurations for targeted cancer therapeutics. She intends to enter medical school in 2019. 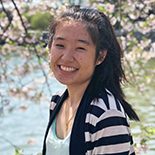 Jessica Yau was awarded the 2018 BIOE Outstanding Leadership Award, which recognizes significant leadership contributions to the department, campus or field. Yau graduated in May and was a student in the Gemstone Honors Program. In the Biomedical Engineering Society, she served as the vice president of academic affairs, and in Omicron Delta Kappa, she was public relations chair. She was also the director and co-founder of BioBytes, the first bioengineering-themed hackathon. Yau was also a teaching fellow for the Introduction to Bioengineering course in the Keystone Program. She has been accepted to the National Institutes of Health (NIH) Postbaccalaureate Program, where she will spend one year doing vaccine research before applying for graduate programs.