The University of Maryland A. James Clark School of Engineering hosted its second annual Mpact Week, a five-day event showcasing research, education, and innovation, October 16-22, 2014, on its College Park campus.

This year’s Mpact Week events were focused on the theme of Disaster Resilience and the role engineers play in developing innovative solutions to help prevent, mitigate, and respond to disasters.

Clark School faculty and students, as well as keynote speakers from the White House, the Centers for Disease Control and Prevention, the U.S. Army Corps of Engineers, and other Big Ten universities, shared their expertise in biomedical emergency response, UAVs and robotics for disaster mitigation, resilient communications, grid resilience, coastal infrastructure, and multi-hazard resilience.

The following is a comprehensive summary of each Mpact Week session:

Mpact Week kicked off on October 16 with the Fischell Department of Engineering’s eighth annual Fischell Festival.

The festival centered on topics in Biomedical Emergency Response, including responses to Ebola and other public health threats, sample preparation for point-of-care infectious disease diagnostics, influenza pandemic preparedness, and synthetic vaccines to promote immunity or tolerance.

Rear Admiral Stephen Redd, Director of the Centers for Disease Control and Prevention Influenza Coordination Unit, served as this year’s keynote speaker. Just two weeks after the first domestically diagnosed Ebola patient in the United States was confirmed, Redd spoke at the Fischell Festival about the U.S. government strategy to control the outbreak, mitigate secondary impacts, encourage international participation in prevention and treatment efforts, and build a long-term capacity to detect and respond to cases of Ebola.

Touching on another key issue with preventing the spread of Ebola – as well as influenza – University of Maryland School of Public Health Professor Don Milton discussed the different modes of disease transmission and the importance of differentiating each. Milton identified the three – contact, large droplet spray, and aerosol transmission (airborne) – and explained why identifying a disease as “airborne” implies significant changes in public health recommendations.

To shift the discussion from prevention and treatment to diagnostics, BioE Associate Professor Ian White discussed his lab’s recent work with infectious disease diagnostics. Then, revisiting the discussion of the importance of vaccines in promoting immunity or tolerance, BioE Assistant Professor Christopher Jewell introduced two strategies being developed to study and exploit the interactions between biomaterials and immune cells and tissues.

Following each of the day’s presentations, Fischell Festival attendees were invited to this year’s Inventors Fair, featuring seven UMD-related inventions and companies, including Remedium, Diagnostic anSERS , Otomagnetics, and BioFactura. Attendees were also invited to browse nearly two dozen research posters, many of which directly correlated with this year’s theme of “Disaster Resilience: Biomedical Emergency Response.”

UAVs and Robotics for Disaster Response

On Friday, October 17, the Mpact Week morning session focused on unmanned aerial vehicles (UAVs) and robots developed by faculty and students in the Maryland Robotics Center Developed with disaster prevention and response in mind, these technologies perform a variety of tasks.

Visitors saw demonstrations of quadrotor UAVs that use computer vision algorithms for search and rescue missions, as well as Robo Raven, a UAV with solar-panel wings that flies like a real bird, and UAVs that can communicate with ground vehicles in emergencies. These kinds of robots could provide much-needed, flexible aerial assistance in natural disasters.

Also on display were two kinds of tiny networked robots. Tiny TeRPS miniature robots could one day perform search-and-rescue tasks after an earthquake. Networks of “sticky” robots now in development could be deployed on bridges and other infrastructure to monitor for early signs of failure.

Visitors were invited to control a robotic fish—a semi-autonomous underwater vehicle able to swim in rivers, bays, lakes and oceans to detect the presence of algae blooms, pollutants, or rises in water temperature. They also met SAMURAI, a precision deep-submergence robotic manipulator designed for exploration beneath the Arctic ice cap.

The panelists interacted with a large audience of students, faculty, and industry representatives to discuss the communication challenges that arise during disasters and the innovations or technologies that have addressed those challenges.

Following the panel discussion, Professor Ness Shroff delivered one of the lectures in the Distinguished Colloquium in Electrical and Computer Engineering, which is sponsored by Booz Allen Hamilton. Shroff discussed resilient networking in the following scenarios: network failures causing cascades, large-scale natural or human-driven disasters, communication impediments due to imperfect knowledge of the wireless channel, and the presence of eaves droppers in a hostile or civilian environment.

Extreme weather and other natural disasters can have a devastating effect on communities.  Storms, earthquakes, and fires often create emergency situations, damaging property and threatening lives.  One of the most pressing issues in the wake of a disaster is the maintenance and recovery of electric utilities.  This issue, also called ‘grid resilience’, was the topic of a symposium on October 20 at the National Oceanic and Atmospheric Administration (NOAA) in College Park, Maryland.

The half-day symposium brought together experts on grid resiliency from a variety of backgrounds.

The first keynote address, entitled “Environment, and Society: Increasing Grid Resilience Through Analysis of Interacting Uncertainties”, was given by Richard Moss and Jennie Rice of the Joint Global Change Research Institute at the Pacific Northwest National Laboratory. The second was given by Tom Bowe, Executive Director of Reliability and Compliance at PJM Interconnection, and was called “A System Operator’s Resilience Wish List”.

These lectures were followed by a panel discussion by distinguished guests from the Maryland Energy Administration, Siemens USA, the University of Maryland Energy Research Center, and the Department of Electrical and Computer Engineering at UMD. Wrapping up the morning were a poster session and reception.

“Research on the Hill” Event - Disaster Resilience: The Intersection of Research and Policy

On October 21, Mpact Week events were held at the U.S. Capitol Visitor Center in Washington, D.C.  During a lunchtime session entitled “Disaster Resilience: The Intersection of Research and Policy,” panelists discussed disaster prep and recovery.

The panelists, experts from FEMA, Penn State University, the White House, UMD, and the U.S. Department of Housing and Urban Development, spoke about strategies and standards for recovering from emergencies and assessing disaster risks, emphasizing the importance of scientists and engineers in assisting with all steps of the process. They also brought up issues surrounding funding and the role of the federal government in all aspects of disaster mitigation. The session concluded with audience members posing questions to the expert panel.

Anthony Hamins delivered the session’s first keynote address, “Reducing the Impact of Fire in Buildings and Communities,” which described NIST’s role in promoting fire resilience. Fire, he explained, is the cause of 94% of disaster-related fatalities each year. NIST is working on fire prevention, protection and response by studying the natural, material, cultural and socioeconomic factors that influence where fires are more likely to occur, how they are fueled and how they spread. Hammins discussed a future of “smart firefighting” in which engineering innovation leads to integrated systems, materials, and tools that reduce human and capital losses.

Stephen Cauffman presented NIST’s work in disaster resilience at the community scale. Our current approach to response and rebuilding after any kind of disaster, he told the audience, is inefficient and impractical, and doesn't account for interconnected infrastructure and social institutions, or rebuilding to higher standards. His team is developing a disaster resilience framework to help communities identify and restore critical and social services as quickly as possible by anticipating their needs before disaster strikes.

Professors Arnaud Trouvé (FPE) and Andre Marshall (FPE) delivered a joint presentation highlighting their department’s contributions to the field of fire resilience. Trouvé described how he and his collaborators develop predictive, “ensemble” simulations by integrating data collected from a variety of systems already in use.

Marshall discussed his efforts to combine sensor-rich building environments and cyber/physical systems that shift fire detection objectives from mere notification to realtime information delivery used to guide response. These emerging systems allow firefighters to learn more about temperature, fire size, and the height of the smoke layer before they ever enter a building, and may even warn of impending structural failure. Marshall also discussed his group’s virtual framework for analyzing fire suppression systems.

Department of Civil and Environmental Engineering (CEE) professors Bilal Ayyub and Yunfeng Zhang focused on the challenge engineers face when making safety decisions about buildings and infrastructure after a disaster, particularly since the damage is not always visible. They discussed how the task automated inspections and computerized condition assessment could manage a large number of affected structures and reveal hidden hazards, reducing time to recovery.

The session's research presentations concluded with Professor Elise Miller-Hooks (CEE) discussing resiliency in terms of a community's inherent capability to absorb or reduce the effects of a disaster, and its ability to adapt by implementing immediate, cost-effective actions designed to preserve or restore critical systems in the aftermath. Miller-Hooks described her group's use of modeling to predict the resilience of transportation–including freight lines, airports, and the financial and time budgets required to prepare, mitigate, and recover from disasters.

After the conclusion of the presentation, Milke moderated a discussion with the speakers, who took questions from the audience about issues such as where money and resources are best invested for mitigation and recovery, identifying community priorities, the use of sustainable materials in fire retardants, and the role of academia in disaster response.

The morning session concluded with a poster session featuring work on resilience presented by students and faculty.

On October 22, the University of Maryland Department of Civil and Environmental Engineering (CEE) hosted a half-day Coastal Infrastructure session to close out the Clark School's second annual Mpact Week.

Major General John Peabody, Deputy Commanding General for Civil and Emergency Operations for the U.S. Army Corp of Engineers served as the first keynote speaker of the afternoon, highlighting evolving approaches to engineering resilience in the United States.

Peabody illustrated why reducing flood risk is a responsibility shared across local, state, and federal platforms with action items ranging from zoning and building codes to flood-proofing and levee, dam and floodway construction. He also highlighted what he considers to be the “Cycle of Resilience” – a process whereby localities must prepare and anticipate natural disasters in order to effectively withstand, recover and adapt to such hazards moving forward.

As the second afternoon keynote, Professor Youssef Hashash of the University of Illinois provided a geotechnical engineering perspective on sustainability and resiliency implications of Hurricane Sandy.

Guided by hindsight from past disasters like Sandy, engineers, planners, architects and environmental scientists need to tackle questions about multi-hazard concerns

Link, who focuses much of his research on water resources, flood risk assessment and analysis, and water resources policy, provided a case study on long-term water management in the Netherlands, which has experienced significant flooding events and is just slightly larger than the state of Maryland.

To further emphasize the need for shared responsibility and participation in resilient actions, Knight cited the major drivers for coastal resilience, including the rising cost of disaster, climate change, and population growth and development on the U.S. coasts. According to Knight, critical actions include everything from planning and preparing for emergency evacuations to federal policies that support coordinated recovery programs.

Putting these lessons learned into practice, Phillips discussed the importance of experimental assessment of coastal infrastructure vulnerability. Such experiments range from quasi-static testing and wave tank studies to hybrid simulation and shake table testing. He posited that the findings produced by these experiments could save countless human lives.

Video, presentation slides, and other content from the Mpact Week events can be viewed at http://ter.ps/mpact. 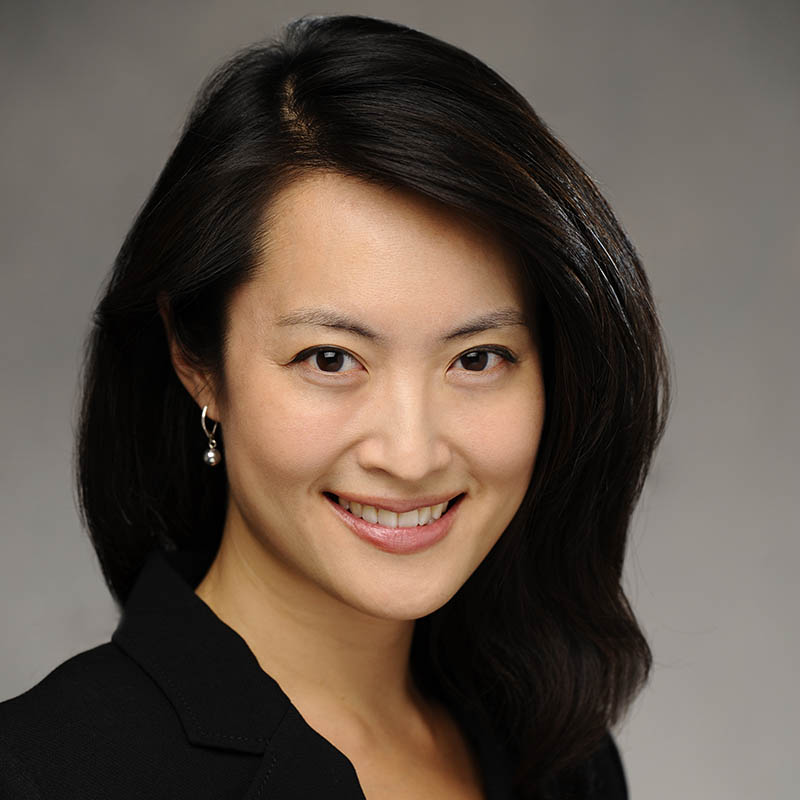 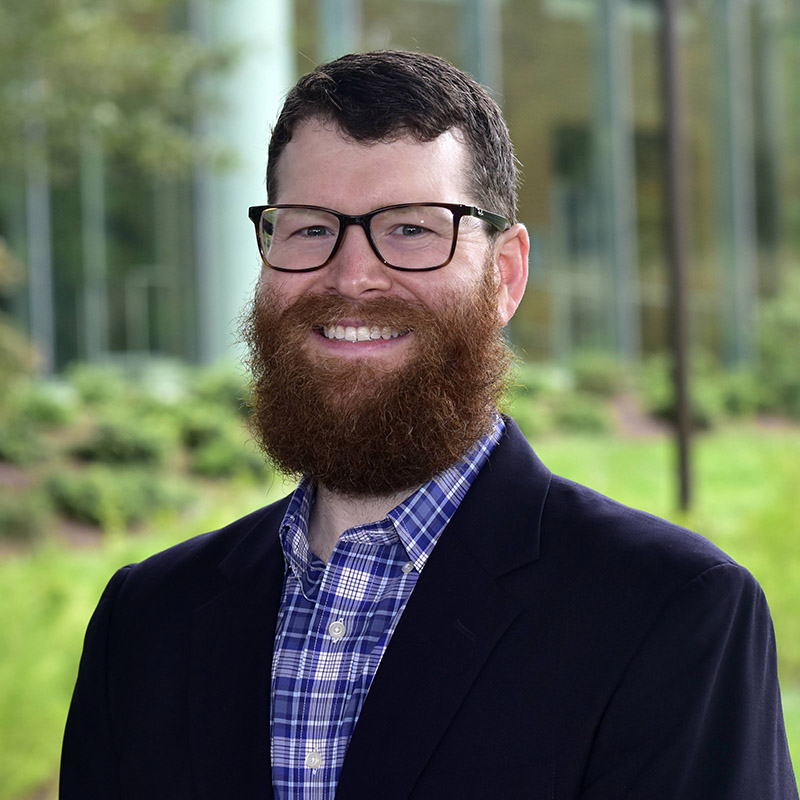 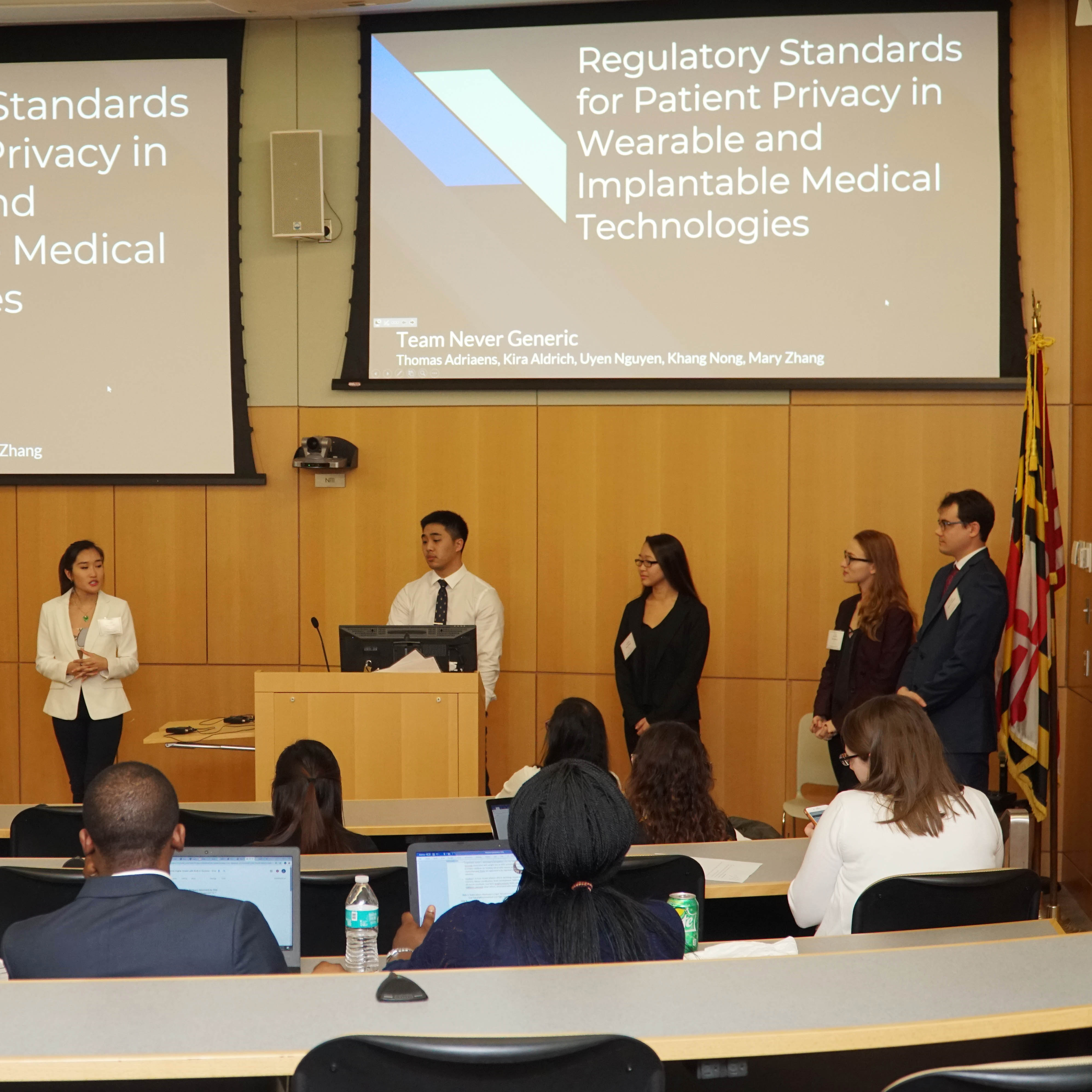 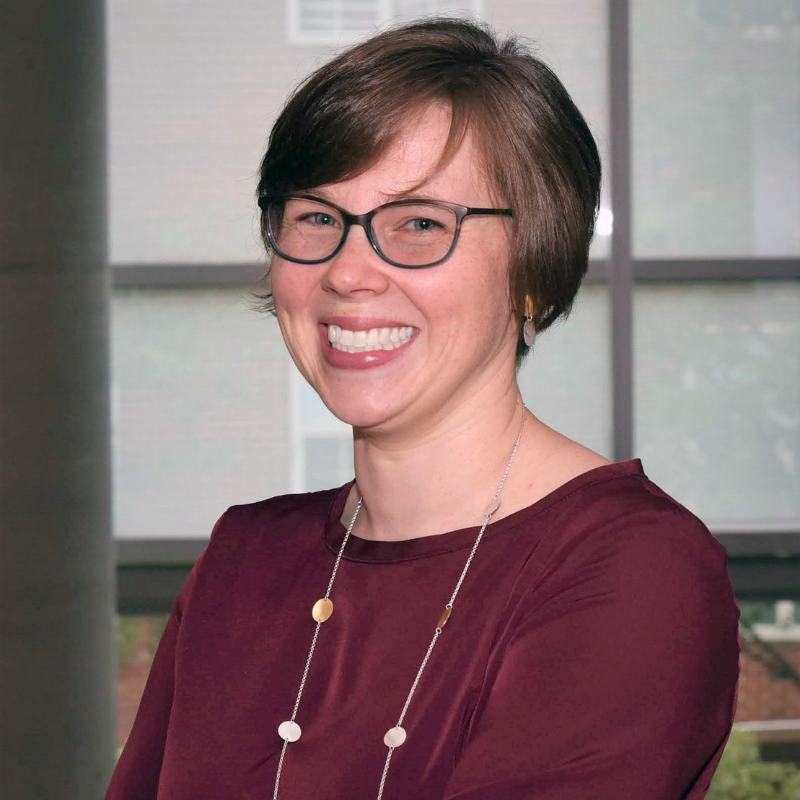