A team of seven University of Maryland A. James Clark School of Engineering undergraduates earned the top prize in this year’s National Institutes of Health (NIH) Design by Biomedical Undergraduate Teams (DEBUT) challenge for their efforts to develop low-cost tools to diagnose Alzheimer’s disease before patients show symptoms.

“This represents a monumental achievement, not simply for the engineering community, but for the wider world of human health research,” said Darryll J. Pines, dean of the Clark School and Nariman Farvardin Professor. “As rising sophomores, these seven students in many ways represent the future of biomedical innovation. Through collaborations with faculty and researchers across a range of disciplines, they have transformed ideas into innovation that could one day change how Alzheimer’s and other diseases are diagnosed.”

The team, known as “Synapto,” was awarded $20,000 from the NIH National Institute of Biomedical Imaging and Bioengineering (NIBIB) for developing a portable electroencephalogram (EEG) that uses a headset  designed and manufactured by OpenBCI, and a new software analysis tool to detect Alzheimer’s disease before a patient displays clinical symptoms. The device exploits changes observed in the brainwaves of Alzheimer’s patients in response to special auditory tones. The team, which recently filed for a company LLC in Maryland, believes their work could help make dementia diagnosis more quantitative, more systematic, and less costly – allowing doctors to use it at regular check-ups.

“Alzheimer’s disease is the sixth leading cause of death in the United States, costing the nation close to $259 billion this year,” said UMD Fischell Department of Bioengineering (BIOE) undergraduate and Synapto team captain Dhruv Patel, citing data from the Alzheimer’s Association. “Diagnosing the disease early on allows patients to open up treatment options, manage the disease properly, and slow its progression.”

Today, PET scans, MRIs, and spinal taps are most commonly used to diagnose Alzheimer’s disease. Such methods are expensive and, at times, invasive, so many patients are diagnosed based only on their symptoms.

“It can take up to two years after clinical symptoms arise for patients to receive a proper diagnosis, and by then, he or she may have already seen significant progression of the disease,” Patel said. “To address this, our technique allows us to characterize an Alzheimer's patient's brainwave using a variety of mathematical analytical tools and compare it with a healthy patient's brainwave to create a machine-learning model that can then accurately predict the probability of the patient having the disease.”

“Synapto's project serves as a prime example of how tomorrow’s bioengineers are working today to find solutions to some of the most significant health challenges our society faces,” said John Fisher, Fischell Family Distinguished Professor and BIOE chair. “It is inspiring to see our students driven to make a real-world impact so early in their academic careers, and I look forward to their future successes.”

Organized by the UMD student chapter of the Biomedical Engineering Society (BMES-UMD), Synapto’s team members are: BIOE students David Boegner, Megha Guggari, Chris Look (a computer science double-major), Anoop Patel, and Dhruv Patel; and Department of Chemical and Biomolecular Engineering students Megan Forte and Brianna Sheard, a recent transfer from UMD. The group's participation in the competition was led, in part, by the BMES-UMD executive board and supported by faculty advisor Steven Jay, a BIOE assistant professor. Bill Idsardi, chair of UMD's Department of Linguistics, provided the initial hardware that helped accelerate the project.

The DEBUT challenge this year awarded $65,000 in prizes, supported by a public-private partnership between NIBIB and VentureWell, a non-profit higher-education network that cultivates revolutionary ideas and promising inventions. Of 41 eligible entries received from 22 universities across 16 states, NIBIB selected three winning teams based on the significance of the problem addressed, impact on clinical care, innovation of design, and evidence of a working prototype. VentureWell selected two additional teams based on market potential and patentability. More information is available online.

Each of this year's winners will be formally recognized at the annual Biomedical Engineering Society (BMES) conference in Phoenix on October 12. 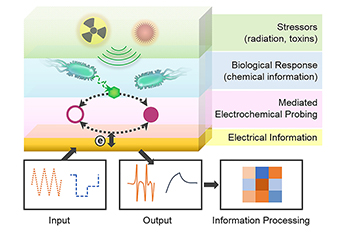 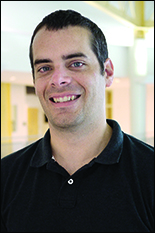