Fischell Department of Bioengineering Assistant Professor Yu Chen is a co-author of a paper featured in the December 2007 issue of Nature Photonics. The paper's results, referred to on the issue's cover as "a tomograpgy triumph", describe substantial improvements in the speed and resolution of an endoscopic medical imaging system that uses optical coherence tomography (OCT).

OCT, developed in the 1990s, provides doctors with micron-scale imaging of tissue in situ and in real time. It enables what Chen refers to as an "optical biopsy"—visualization of changes to tissues without the need for a minor surgery to acquire a sample.

OCT is similar in concept to ultrasound, but the images it produces are created by measuring the echo time delay and intensity of back-reflected light rather than sound. After being inserted into the body by means of a catheter or similar "carrier", an optical beam generated by part of the OCT device—in this case a laser—is scanned across the tissue, and the backscattered light is measured as a function of depth and transverse position to form an image.

Earlier generations of OCT had limited speed that restricted results to two-dimensional images. Thanks to breakthroughs described in the paper, a new generation of devices that use "Fourier-domain OCT" can be 10-100 times faster, and deliver high-resolution, three-dimensional volumetric images. In order to achieve this, Chen, along with colleagues including PI Professor James Fujimoto (MIT), the man who originally developed OCT, combined a fast wavelength-swept laser technology with high-speed data acquisition and signal-processing, and have demonstrated endoscopic imaging capability with high three-dimensional resolution 50 frames per second.

OCT is already in use in the medical community, helping to diagnose diseases. Chen believes the substantial improvements he and his colleagues have made could result in more lives saved. "The purpose [of my group's work] is for early cancer diagnosis in the gastrointestinal tract, especially esophageal cancer, which is a pretty deadly disease," he said. "The 5-year survival rate is only 15%, primarily due to late diagnosis. With a high speed OCT system, we can screen a larger area of the esophagus and select patients with suspicious results for a pinch biopsy. In this way, the chances of missing early cancers can be reduced." 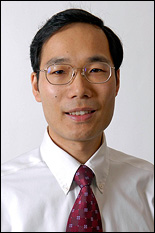 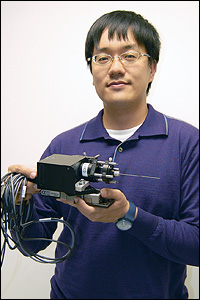 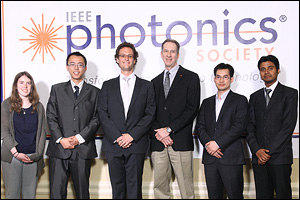 Kids Learn How Biomedical Imaging Could Save Transplant... 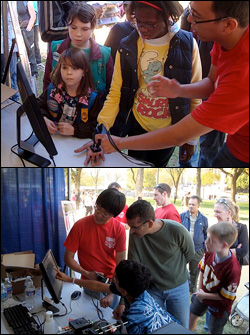