$1.35 Million to Fisher Lab for Development of Bone Regeneration Technology

A proposal to advance the development of a system for regenerating large areas of bone in patients with serious injuries has received a four year, $1.35 million grant from the National Institute of Arthritis and Musculoskeletal and Skin Diseases, part of the National Institutes of Health (NIH). Clark School Associate Professor and Associate Chair John Fisher (Fischell Department of Bioengineering [BioE]) is the lead investigator on the project, which seeks to provide cultured tissue with a better blood supply and more structural support after implantation.

In 2009, Fisher and members of his Tissue Engineering and Biomaterials Laboratory designed a novel, patent-pending bioreactor system that makes tissue engineering more efficient by exposing proliferating cells to an increased amount of oxygen and nutrients. The bioreactor is also more cost-effective, thanks to its use of off-the-shelf components.

While the efficacy of the bioreactor system has been demonstrated, additional challenges associated with implanting the new tissue, particularly over large areas, remain.

"When you engineer a large area of new bone tissue it needs a blood supply," explains Ph.D. candidate Andrew Yeatts (BioE), who works with Fisher on the project. "The body will naturally grow new blood vessels, but too slowly for the implanted tissue to survive. Another problem is the need for load-bearing support during the healing process. We grow our bone tissue in beads made out of a natural polymer called alginate. The cells do very well in it, but it doesn't have sufficient mechanical strength. If an injury is not in a substantial load-bearing region you can add filler tissue to the site to help it regenerate. But if the injury is a broken thigh bone, for example, the new tissue is going to need to be housed in a strong construct to ensure everything stays in place and heals true to form."

To solve these problems, Fisher, Yeatts and their collaborators have introduced two innovations into the bone repair process: The first is the creation of a pre-vascular network within the tissue culture that will lay the groundwork for the construction of new blood vessels. The second is the use of a strong, synthetic biodegradable polymer, poly(propylene fumarate) (PPF), as a carrier and scaffold for the new tissue that can be custom fit to the shape of the injury.

The team plans to incorporate endothelial cells, which line blood vessels, into the bioreactor system with the growing bone cells. There, they will naturally begin to organize into a prevascular network. Once implanted, the cells will have a head start on forming new blood vessels, and can also signal other endothelial cells nearby, encouraging existing blood vessels to penetrate the new tissue, where the two networks will connect.

When the new tissue is ready, the alginate beads containing it will be transferred from the bioreactor into hollow regions of a rigid PPF scaffold. Nesting the cells in two environments creates a complimentary solution in which the best growth conditions are surrounded by the best structure.

In their proposal, Fisher and his colleagues have outlined a plan to construct the scaffolds using a process called stereolithography, also known as rapid prototyping or "3-D printing," which is already sometimes used by surgeons preparing to implant plastic or metal in place of bone. After scanning the injury site, the process will be used to interpret the data and build a perfectly matched replacement for the missing bone made out of PPF.

"The PPF scaffold will support the load, slowly degrading over the course of months until it is replaced with the patient's native bone in the same shape," says Yeatts. 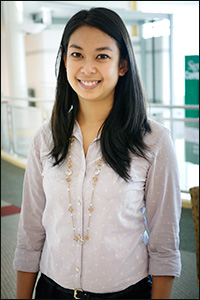