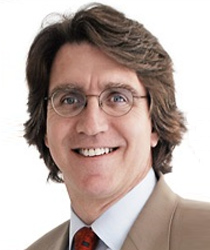 Professor Eisentein's laboratory is investigating a number of questions involving plants, including their remarkable capacity to produce a complex array of interesting compounds, the way they respond to pathogens and disease, and also the feasibility of engineering their biosynthetic apparatus for applications ranging from human health to biofuel production.

The Eisenstein Group's aim is to identify the genes and enzymes that are involved in the biosyntheses of the important compounds found in black cohosh, Actaea racemosa (syn. Cimicifuga racemosa (L.) Nutt.), a member of the Ranunculaceae (buttercup) family, in an effort to understand the interplay of genetic and environmental factors that are involved in the production of medicinal metabolites, and to apply that knowledge to improve the phytochemical quality of plants through metabolic engineering. Our approach has focused on developing a tissue culture system to generate a useful laboratory model for black cohosh, establishing cDNA libraries for a variety of tissues in the plant, using transcriptional profiling and LC/MS approaches to develop gene-metabolite maps for the production of cimiracemates, terpene glycosides and tryptoamine derivatives in planta, as well as protein production for structural and functional analysis of the enzymes involved in metabolite biosynthesis.

We are studying the classical tobacco-tobacco mosaic virus (TMV) system as a model for the molecular basis for plant-pathogen interactions. The protein encoded by the tobacco N gene is a multi-functional, allosteric, motor protein that binds and hydrolyzes ATP to promote conformational changes that function as a molecular switch to regulate signaling pathways. The N protein, a member of the largest class of polymorphic R proteins which contain a nucleotide-binding domain, a C-terminal, leucine-rich repeat domain, and an N-terminal, Toll/interluckin-1 receptor domain, binds the helicase protein of TMV to activate the hypersensitive response in tobacco. We are exploring the mechanism of N-helicase binding, the nucleotide-promoted dissociation of the TMV helicase protein, and the conformational changes that activate signaling pathways.

A principal obstacle to the saccharification of lignocellulosic biomass for ethanol production is the reduction of lignin content for the more effective action of enzymes on cellulose. Our goal in this project is to produce "engineered" lignins in vivo by manipulation and control of precursor availability and biosynthesis. Our approach builds on the discovery of dirigent proteins, which are thought to guide the formation of specific intermediates and polymers of lignin. We are designing a series of proteins that bind monolignol radicals and that promote the formation of specific stereochemical dilignol products. Longer-range goals include the incorporation of oxidase activity into engineered monolignol binding proteins to create functional enzymes capable of generating a defined suite of lignin precursors.

The Bioengineering Senior Capstone Design competition returned to in-person on Monday, May 2.

Researchers Investigate How to Protect an Emerging Biofuel Crop from Disease

BIOE hosted it's largest-ever Capstone Design competition on May 10th, 2017.