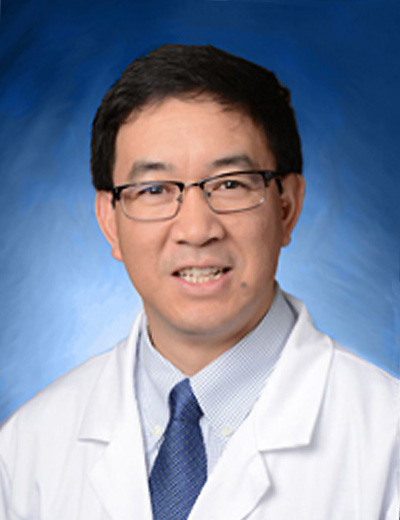 Fischell Department of Bioengineering
University of Maryland School of Medicine

Dr. Wu is engaged in the basic and applied research of cardiovascular and pulmonary disease and the fundamental technical problems associated with artificial and bio-hybrid organ development. Over the last eighteen years, Dr. Wu has developed core competencies in three interrelated areas in his laboratory: 1) bioengineering design, modeling and characterization of artificial organs for heart/lung diseases; 2) large animal models for cardiovascular disease and evaluation of blood-contacting artificial organs; and 3) bioengineering and biologic characterization of heart disease and response to therapies with use of ventricular assist devices and cellular transplantation. The current research projects include the use of ventricular assist devices in heart failure, development of pediatric ventricular assist devices, development of artificial pumping lungs, computational design and modeling of biomedical devices, experimental study and computational modeling of blood damage, stem cell-based cellular therapy for cardiovascular disease and pulmonary disease. The research activities are supported by multiple NIH grants, industrial contracts and private foundation awards. Over the last eleven years, Dr. Wu has received nine NIH peer-reviewed research awards as the principal investigator, with total funding of $10.6 million at the University of Maryland and the University of Louisville. Under his leadership, his laboratory at the University of Maryland and the University of Louisville received a total of $28.8 million extramural funding. Dr. Wu has been participating in development of several commercial circulatory assist devices.

Dr. Wu has published 94 peer-reviewed journal articles, 1 book chapter, 24 peer-reviewed conference proceeding papers, and 145 conference abstracts and holds three issued US patents. The majority of the articles were published in top-tier journals in surgical research, artificial organs and bioengineering. He holds three issued US patents and have six filed patent applications. He has been invited to serve as a member of various professional and scientific committees, including the U.S. FDA Technical Review Committee for FY2010 Science Prioritization Process, the NIH SBIR/STTR Cardiovascular and Surgical Devices Study Section and NIH special emphasis panels. Dr. Wu is a member of several prestigious organizations, such as the American Society of Artificial Internal Organs (ASAIO), Biomedical Engineering Society (BMES), American Society of Mechanical Engineering (ASME). He was on the Board of Trustees of the American Society of Artificial Internal Organs. Dr. Wu serves on the Editorial Board of the ASAIO Journal and the Editorial Board of the Open Biomedical Engineering Journal. For his outstanding contribution to medical and biological engineering, he was recently elected to the College of Fellows of the American Institute for Medical and Biological Engineering (AIMBE).

BIOE Research Professor recognized for contributions to the University of Maryland School of Medicine.