On Tuesday, April 29, Fischell Department of Bioengineering (BioE) Professor John Fisher and 2011 Fischell Fellow Anthony Melchiorri were named recipients of the University of Maryland (UMD) Office of Technology Commercialization (OTC) Invention of the Year Award for the life science category for their entry, “Polymer Based Material Resin for 3D Printing of Medical Implants and Devices.”

Each year, a panel of judges comprised of UMD personnel and industry experts selects one winner from groups of finalists in each of three categories: life science, information science and physical science. Fisher and Melchiorri's polymer-based material resin was one of 154 total inventions OTC received for this year's Invention of the Year awards. Of the 154, only 11 were chosen as finalists.

One of the greatest challenges associated with 3D printing medical implants is that the materials used need to be biodegradable, biocompatible and supportive of cell and tissue growth while degrading over time. Recognizing this, Fisher and Melchiorri developed a polymer-based material resin that possesses properties desirable for 3D printing of medical devices and implants, such as vascular grafts and other tissue engineered materials. By adjusting the concentration of the individual components of the resin, the researchers have been able to fine-tune the mechanical strength and printing resolution.

While 3D printing has revolutionized the customization of medical implants for everything from bones and cells to skin and eyes, the duo recently set out to use their latest 3D printing technology to help tackle the nation’s leading killer.

Claiming nearly 600,000 U.S. lives each year and accounting for approximately one in every four deaths in the nation, cardiovascular disease has proven to be one of today’s most costly health problems. Knowing this, the duo worked to develop a unique biocompatible polymer that FormaSTEM, the company they co-founded, uses to create vascular grafts, which act as artificial blood vessels.

Once implanted, the grafts support and serve as a template for the growth of blood vessel tissue. Its mechanical properties, strength and elasticity mimic those of actual blood vessels. And, because Fisher and Melchiorri’s graft is biodegradable, the patient’s own tissue replaces it over time. By the time the graft is gone, a new, real blood vessel segment has taken its place, reducing or eliminating the need for further surgeries.

Even more, because the grafts are produced on a 3D printer loaded with their special polymer, every patient can have one custom-made before surgery. Biomedical imaging techniques are used to create a 3D digital model of the patient’s heart, and the graft is designed in the computer to fit precisely in the damaged area.

Then, the graft is “printed out.”

This flexibility, Melchiorri explained, makes the FormaSTEM system an especially strong candidate for the treatment of congenital heart defects, which affect one percent of all live births. These defects are challenging to correct because each child’s problem is unique – there is no single implant or graft that can help them all. Currently, surgeons fabricate custom grafts based on adult models during the operation, adding time to the procedure. The grafts don’t grow with the children, meaning most will face multiple open-heart surgeries before they reach adulthood. FormaSTEM grafts could address all these problems.

“With biodegradation and by encouraging native cell growth, you potentially reduce the number of surgeries throughout a patient’s life, which relieves a huge financial and emotional burden, as well as additional burden on the patient’s health,” Melchiorri said. “If we can get a graft that fits the patient right away in their life and then degrade, the patient is not left with a prosthetic that needs to be replaced every several years because that graft is either a.) failing or b.) because the child has outgrown it.”

Melchiorri noted that he and Fisher have incredible drive to push on with their research as, currently, nearly 1,350,000 vascular graft procedures are performed each year in the U.S. alone.

Fisher was part of a previous team that took home the Invention of the Year award for the life science category in 2005 for their entry, “Biomaterials for Tissue Engineering that Avoid Premature Degradation.” 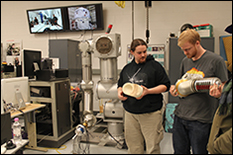 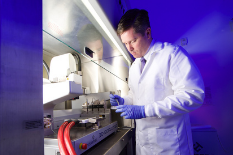 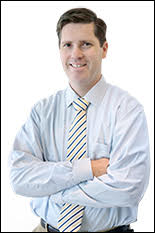 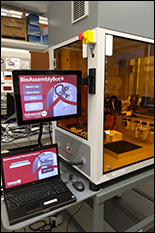 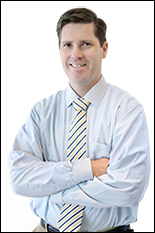